(Published in print and audio in Quest for Meaning, a publication of the Church of the Larger Fellowship.) 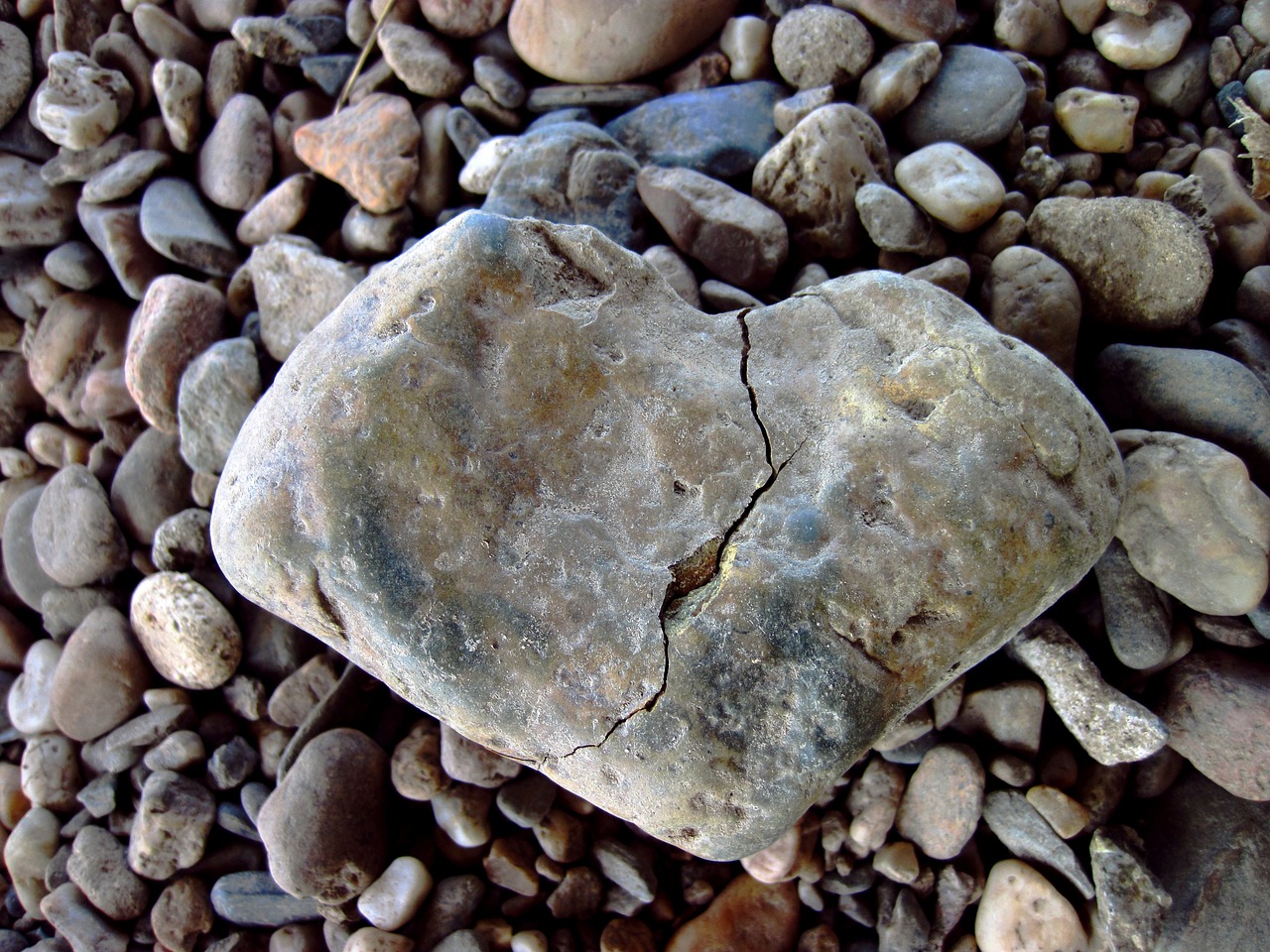 In the past few days, Jewish people all over the world have been celebrating the Days of Awe, the period from Rosh Hashanah to Yom Kippur.  Rosh Hashanah is the Jewish New Year, believed to be the anniversary of the creation of human beings.  Yom Kippur is the holiest day in the Jewish year, the Day of Atonement.  During the days between Rosh Hashanah and Yom Kippur, observant Jews do an inventory of their relationships and behavior over the past year.  They examine all the ways in which they have broken their covenants with other people.  They repent of their sins, making restitution to those whom they have harmed, and asking forgiveness.  They are required to grant forgiveness to those who ask it.  Then, on Yom Kippur, Jews spend 25 hours fasting and praying in the synagogue, in order to repent of their sins against God.  It is believed that if they make things right with God, their names will be written by God into the Book of Life, and their lives will be sweet in the coming year.  At the end of Yom Kippur –which is on Wednesday this year–there is a huge celebratory feast.

So, what can Jewish ideas about sin and repentance and atonement have to do with Unitarian Universalists?

Well, let me ask you this.  Have you ever come to a place in your life where everything is broken?  And not only that, but broken by you? Where you have said and done things that have caused so much hurt that a relationship is beyond repair?  Or you’ve made mistakes or lived in ways that caused great suffering, and you didn’t even know it?  And then when you found out, you felt so much shame and despair that you didn’t know how you could go on?

I have.  When I was very young I married an also very young man who seemed like home to me.  Everything about him felt familiar and comfortable.  I thought we would be happy forever.  But we weren’t.  We were happy for about six months, and then he suddenly became miserable.  That made me miserable.  So did I seek counseling?  No.  Did we try to get help?  No.  Not right away.  What I did, after about six years and two beautiful children, was fall in love with someone else.  Do you think that helped anything?

No, it did not.  After that extremely short and excruciatingly painful love ended, everything was broken.  Shards of trust, of love, of hope lay everywhere, so that every step caused terrible wounds.  I could not see how to leave the marriage and I could not see how to stay in it, so finally I did seek counseling.

Little by little, insights began to emerge.  My children’s father was addicted to alcohol.  He lived with severe depression.  He was abusive.  The reason he had seemed like home was because that was exactly how my father was.  I was codependent.  The fact that I was unhappy in my marriage was actually a sign of health.  If I wanted to pursue real health, I had to get treatment.  I had to do things differently.

I started 12-step work for codependence.  Anyone who has done 12-step work knows that recovery depends on openly acknowledging we have a problem.  We do a fearless and searching moral inventory of ourselves.  We tell at least one other person all the harm we have done.  We make amends where possible, and we commit to continuous growth and learning from our mistakes.  Hmm…sounds a little like the Jewish ritual, doesn’t it?

I also went looking for a church.  I was filled with spiritual longing and I needed to be with others in community.  But–I was also so filled with shame and guilt that I could not imagine a church that would accept me.  I had gone to a Catholic high school and been taught there the doctrine of original sin, which meant I had believed as a teen that I was inherently bad, rotten at the center.  The way to get clean was to be like Jesus and suffer, and forgive, suffer, and forgive.  While I had rejected the church and that doctrine as a young adult, the pattern was so deeply inscribed in my soul that I continued to live it in my marriage.  I did not know if there was any church where I could become healthy.

So this was the situation when I walked into a Unitarian Universalist church for the first time:  I felt utterly broken.  I went inside and sat down in the back.  Then, I picked up a hymnal, and read the seven principles, and I began to weep.  I knew exactly what that first principle meant.  This was a religion that said even I had worth and dignity.  I knew I was home.

At first, each Sunday, I sat in the back and cried.  Then I started participating around the edges a little.  Finally, I joined a women’s group, in which we gathered around and told each other our real stories.  When it was my turn, I hesitated, but other women had shared deeply, and their stories were riveting.  Every single one of those women had at some point in her life done something she deeply regretted.  But no one had been judged, no one had been rejected.  So I told my truth.  And instead of turning away from me in disgust, the women leaned in and listened, murmuring softly, patting my arm when I cried, nodding in recognition of what they heard.  It was the first place I had ever been where I could be my whole real self, and be truly loved.  My community looked into my face and saw who I really was.  They saw the light in me, and reflected it back tenfold.

As they did, I began to heal.  I thought I would be able to stay in my marriage, and make it work.  But there came a time when life with my children’s father became too frightening, and I had to leave.  I was broken again.  Again there were shards everywhere, and this time my children were in pieces too.

But here my 12-step work and my religious life came together.  As I did my moral inventory, I realized that I was a perfectionist, and that this was not a good thing.  Perfectionism is part of being codependent.  A codependent child grows up believing that in order to be loved, she or he must be perfect.  I had been trying to stay in an unhealthy marriage because I could not bear failure.  I had been hiding the truth about my marriage from my family because I could not bear for them to know I had made a mistake.

Once I saw that, I was able to start putting the pieces of my life and my heart together in a whole new shape.  With scars, with fault lines, with some pieces missing, but also with new pieces from my community.  My heart was larger, less brittle, more resilient.  And the thing is, I am not the only woman in my group who needed this kind of help.  All of us have gone through something, or done something, awful and needed each other to get through it.  Because that’s the way life is, all of us get broken in one way or another.  All of us.  As Reverend William Sloane Coffin once said, I’m not ok, you’re not ok, and that’s ok!

To many Unitarian Universalists, acknowledging our brokenness can seem like a contradiction of our theological tradition.  We reject the doctrine of original sin, the idea that people are born in a state of complete separation from the divine.  How then do we deal in our communities with the dreadful mistakes, and hurts, and temporary losses of sanity, that are part of every human life?  The traditional theological word for these kinds of mistakes is sin.  How does Unitarian Universalism deal with sin?  Do we deal with sin?  Is that a word we can even say here?

The word sin comes from an old archery term meaning “to miss the mark,” or be separated from.  Separation from all that is good and beautiful.  Separation from our best selves, or from the divine.  Being out of harmony with the interdependent whole of which we are part.  This kind of separation is intensely painful for most people, although we don’t always consciously know why we’re in pain.  But it is not a permanent state unless we choose to keep it so.  As most religions in the world and 12-step programs understand, being able to admit that sometimes we miss the mark, cause harm, is absolutely essential for our health and for the health of our communities.  It is how we begin the process of healing the separation.  If there is enough love in our communities, we can make mistakes and feel badly and learn from them and make restitution and seek forgiveness and change and grow into a new state of wholeness.

And the theological words for this process—for the process of healing the pain we feel when we are separated from what we most need and love—are repentance and atonement.

The Hebrew word translated into the English word repentance is shuvah, a combination of “to sigh” and “to return.”  The Greek word translated into the English repentance is metanoia, “turn,” but a kind of turning that is a complete changing of mind, a total transformation.  So I think repentance does not mean what those fundamentalist signholders on street corners think it means.  Instead, it means becoming someone new, with a new mind and heart, which is perhaps paradoxically also who we were always meant to be.  So in becoming we are also returning:  returning to the source, returning to who and what we really are, returning to right relations with all beings.  It is a healing.  And this then is atonement:  At-one-ment.  At one with the web of life that sustains us, at one with the great love that holds us, at one with ourselves.

Many Unitarian Universalists are uncomfortable with these words—sin, repentance, atonement—perhaps because we associate them with those signholders on street corners.  Or perhaps because these words were used in abusive ways in the churches we attended in childhood.  You may not want to use these words yourself because of the associations.  But you may also want to claim them for your own, because they are ancient words that describe ancient human needs:  the need to acknowledge that we sometimes are broken.  The need to be in community with others who can hold us in love as we heal our wrongs.  The need to grow into our best selves.  The need to be at one with all that is, and at peace.

I think we have never been more in need of repentance and atonement than we are now.  For not only do we have all the personal messes we make in our homes and families, but also, as North Americans, we live in a society that is profoundly racist, profoundly sexist, profoundly xenophobic.  As North Americans, we are living so far out of balance with the interdependent web of being that we are endangering all life.  Our common life is broken.  Our relationship with all beings is in shards.

And the thing about repentance is that it is active.  It does not involve only words and prayers and ceremonies.  To reach at-one-ment we must make restitution.  Wherever possible, we must repair what is broken, put back what has been taken, restore what has been damaged. Where this is not possible, we must accept responsibility for what we have done.  Only then can we seek forgiveness.

May it always be so.