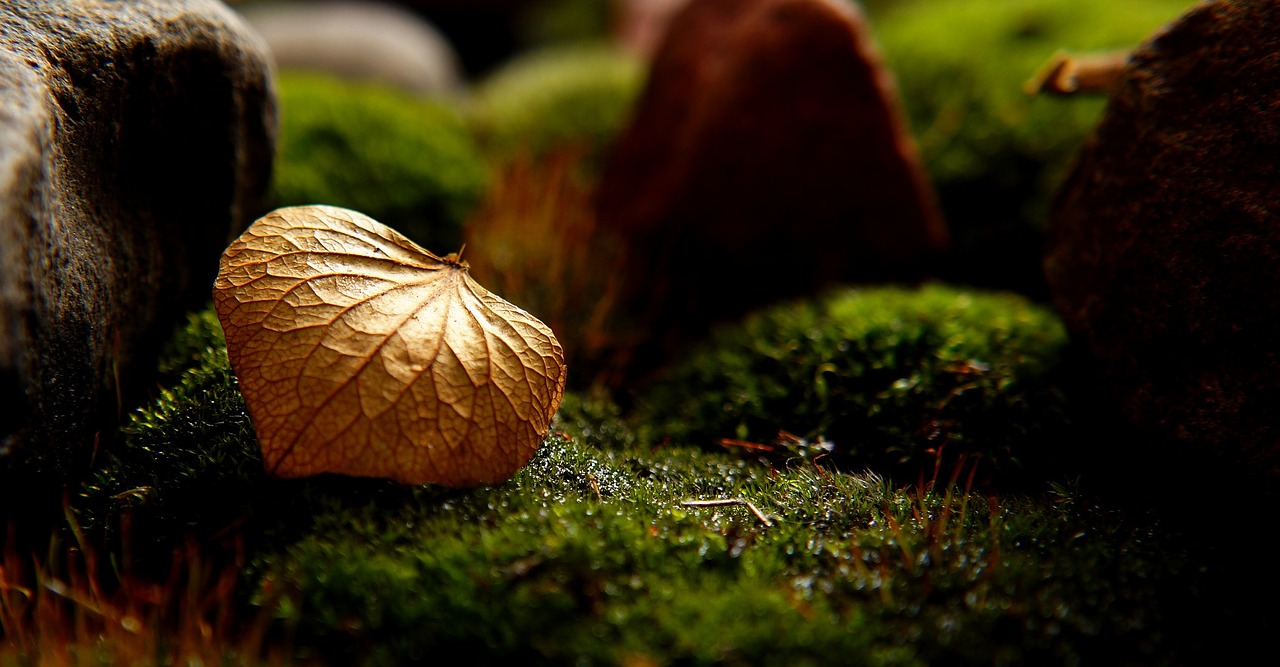 Great Spirit of Life, Mysterious energy
that moves in and through all things:

Our old unwanted thoughts and habits
lie underfoot like the old leaves
that now begin to fall
on your hillsides.
We may have needed them once,
but no more.

Send the sweet rain
of Your love and compassion
that these old things
may be transformed
into rich soil for new growth.

And as feathery moss awakens
to the touch of rain,
and sends out new, seeking tendrils,
may we be made so fresh, and alive, and alert,
that when we look into each other’s faces
we see… You, shining. 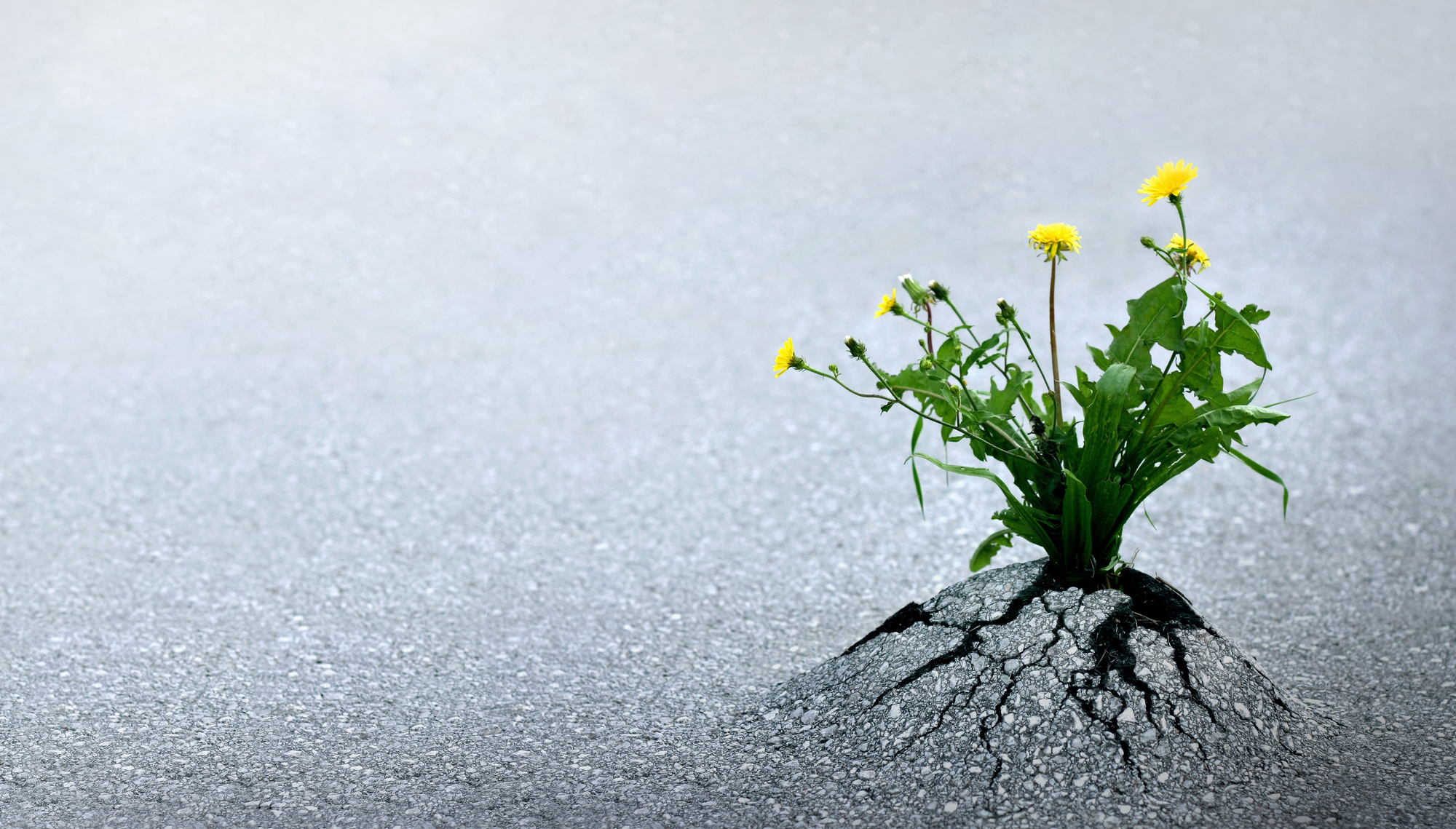 Spirit of Life,
Great Immensity of Love that birthed the stars
and washes through our bodies
with every beat of our hearts:

Help us know you as the greening force
that pushes tender shoots through hard pavement.
They penetrate and then grow, and grow,
prying apart the hardest places.
Lush green life reclaims ugly surfaces.

May it be so in our own lives.
May we welcome in the seeds of love.
May we encourage them to take root.
May they take hold and pry apart
any hard casings on our hearts,
anything that separates us, one from another. 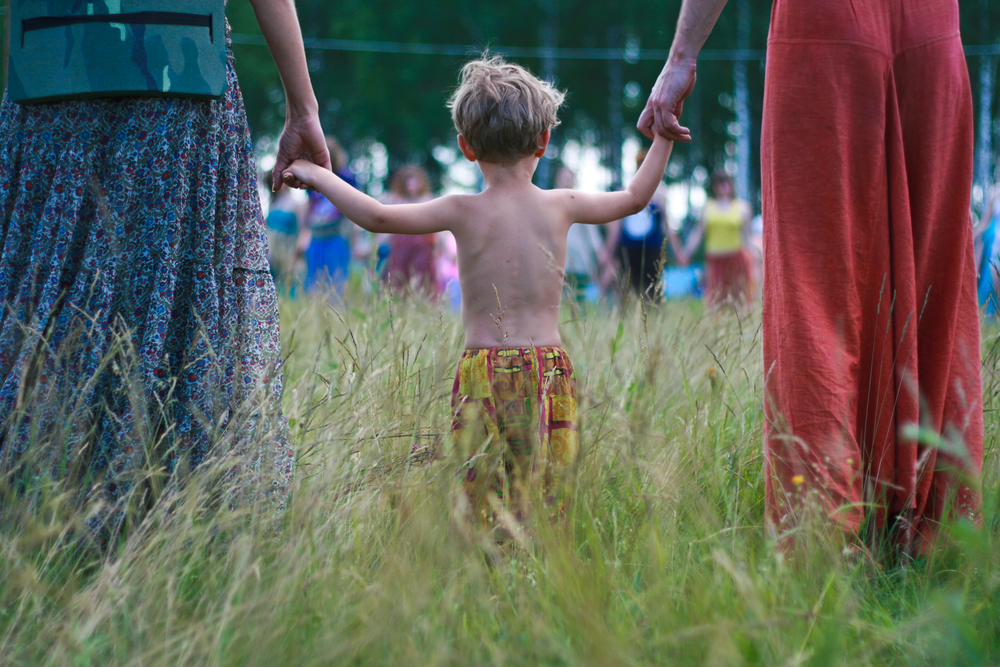 Great Spirit of Life and Love,
moving source of all we know:

A great upheaval is taking place,
a sea change,
and we can no longer expect the same steps
to take us to the same places.

The patterns must change.
The music is changing
and the dance must also change.

In times such as these
it is important to gather with others
and to learn how to move
together.

May we hold each other and ourselves
in loving kindness.

May we see that each of us brings a tender heart
aching to share its deepest desires.

May we see that each of us brings a seeking spirit
longing to grow and be transformed.

May we know that there is a love
deeper than we can understand
ever holding us in safety.

And may we ever be aware
of these great cycles and circles:
the earth orbiting the sun
the sun spiraling in the Milky Way
the whole expanding outward to infinity.

In this great coming together
of matter with energy,
let us ground ourselves here,
in this place,
with each other.

With our feet on the earth,
our faces to the sky,
and our arms out to one another:
let us take our places in the dance. 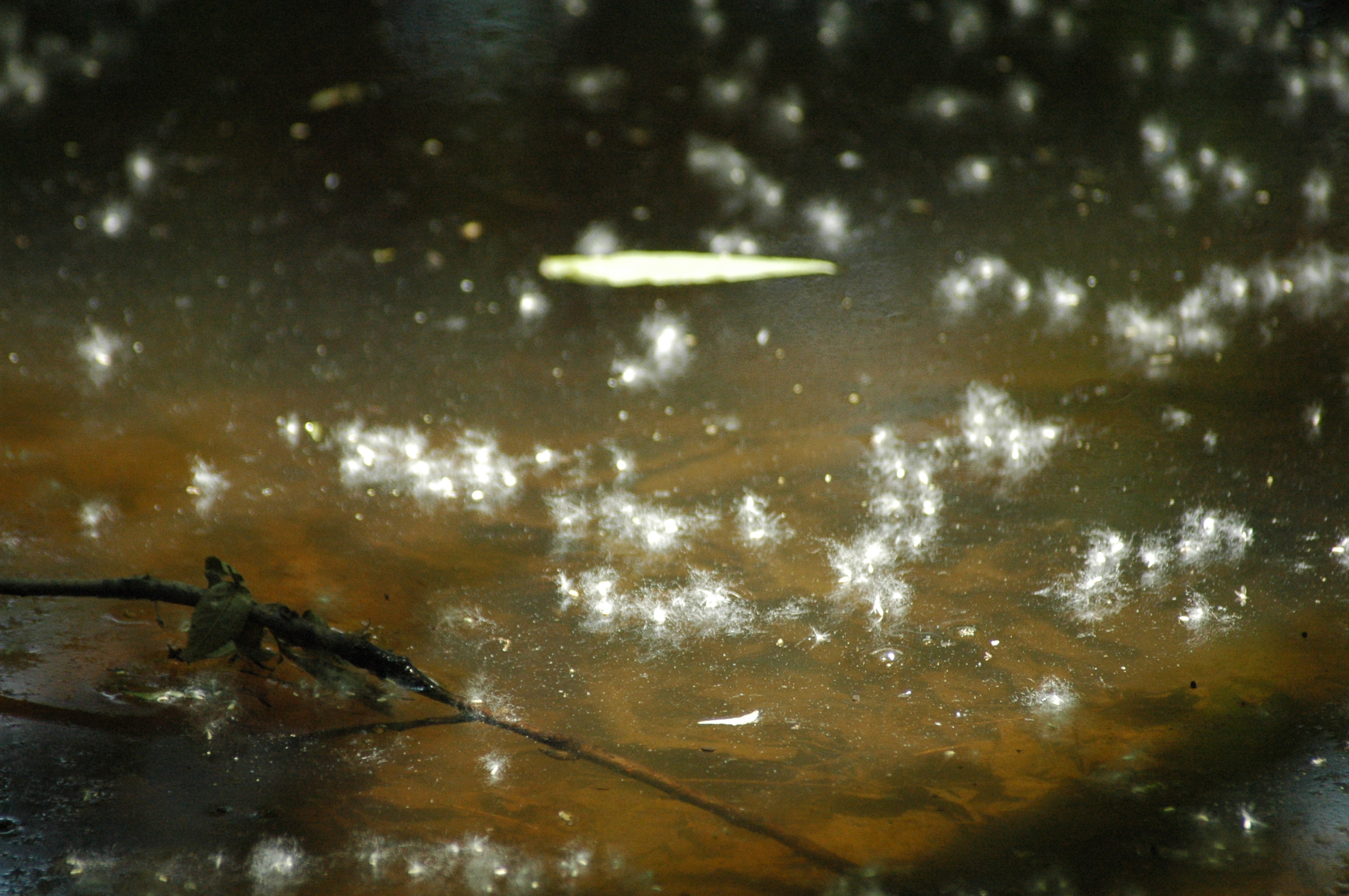 Spirit of Life, Source of our delight:

Now is the time in the high mountains
when cottonwood trees
send out their seeds.

Little bits of white fluff
floating in a steady stream,
rising together:
eventually they will arrive
somewhere.

They are borne along by the air to some new place,
where they will take root
and grow into something beautiful.

Spirit of Life,
when we feel dragged down by our sorrows
when we feel heavy with the weight of our concerns
may we remember the cottonwood seeds. 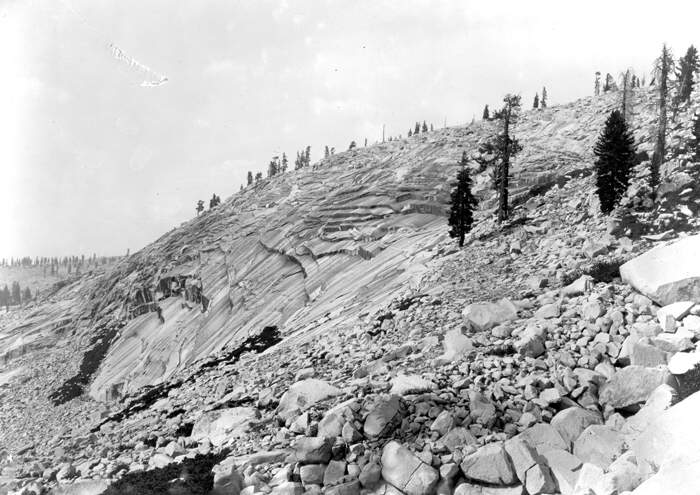 God will break your heart again and again
until it remains
open.
—Unknown

But when granite exfoliates
the pieces are sharp
and fall with a crash
heedless of what is below.

On my knees in the rubble
dusty and sobbing
I search for you—
if only to say,
like J. Alfred Prufrock,

I find you
covered in bruises
and I want to
hang my head
in shame.

But you take my hand, and say,
“Look!
You are bleeding
from the heart!”

And I look down and see that God
has broken me open
again.

Spirit of Life…
Spirit of Love…
That Which Holds All…

Help us let the stories of others
fall on our hearts like rain—
sometimes sinking in to water new growth,
sometimes flooding,
and washing away rigid structures
that we used to protect ourselves
from painful truths.

With our hearts open and ready to grow,
may we join hands and build a faith
that honors and heals the world.

Amen.  All our relations.  Blessed be.

Visiting my 20-year-old son on the North Coast. Together we walk in the community forest, as we have done since we moved to Arcata when he was eight, as we walked next to a creek or river together every day of his life before that. We don’t often talk, being comfortable with quiet companionship.  This time I ask him if he has finished Ishmael, which he asked to borrow last time he visited me. He says he did, and he liked it because it said things he’d never heard of before, never thought of before.

So many times I have walked in this redwood forest seeking solace, healing, the companionship of the trees and the ravens and the murmuring stream. The bigleaf maples at the stream’s edge are losing their leaves now, so you can see inside the structure of the trees. One tree forms a little room on the streambank, a secret green room in spring, now open to view. The ferns are dying back, and the bright fuchsia ballerinas are long gone.

When the kids were little we would stop at the giant hollow stump so they could climb up inside and look for fairies or gnomes. We’d recite from The Little Fur Family about Grandpa, who lived in a hollow stump, or I am a Bunny, “My name is Nicholas. I live in a hollow tree.” We moved along at a snail’s pace, allowing time for little legs to meander in a zig-zagging path from one side of the trail to the other, to notice banana slugs, pick huckleberries, play Pooh-Sticks. Now my six-foot-four son strides along beside me and we talk about what it means for a culture to be successful. Does it mean the culture survives over thousands of years, or that it dominates the known world? What changes would be necessary for our own culture to survive? I am amazed we are having this conversation.

“It doesn’t matter,” he finally says.

I stop trying to direct his thinking and start trying to listen. “What do you mean?” I ask.

Haltingly, he tries to explain. HE TRIES TO EXPLAIN.

This is the boy—no, the young man now—who for many years has communicated largely through shrugs and grunts, and who rarely returns my calls. Since shrugs and grunts don’t translate well through a phone line, I have spent many an hour weeping after trying to talk with him on the phone. And for six years, since he decided to move in full-time with his dad, and I moved to a different place, phone time and monthly visits are all the time I have with him.

My son says he thinks that no matter what we or anybody does, there will always be people who do the wrong thing. I say that of course there will, but it would be good if they were the outliers rather than the whole culture. He considers this, and nods. “I guess.”

“That’s what I’m working toward,” I say. “For your future.” He grins and puts his arm around me, then removes his arm and gives me a shove with his side. This is the signal for me to shove back, at which point he will suddenly step away and I will tumble sideways and he will laugh—the way we always do.

This forest is not a wild or ancient one. It is second- or even third-growth, owned by the City of Arcata, held in trust in perpetuity for its citizens. There are 28 miles of trails for hiking, biking, and horseback riding. The stream that runs from the highest point, through the forest, then through town, and finally to the bay, is being restored and monitored by high school students. Scattered here and there through the forest are giant stumps, relics of the ancient groves that were cut down over a hundred years ago. They are like bison skeletons on the plains, a reminder of something magnificent, of something truly awesome, that was only recently destroyed. The base of one of the stumps is so large in circumference that it would take six or more people holding hands to encircle it. I see these stumps, these relics, and weep. We have lost so much.

Thirty miles north of here are 2,000-year-old redwood groves that have been set aside for preservation. Walking among these trees is an experience that cannot be conveyed in words; it is to be lost in time, to become smaller and younger than the newest-born infant, to become aware of a consciousness larger and older and deeper than anything we can understand. How can people cut down such forests? How can they not feel the sacredness of these groves, their palpable consciousness? Redwood ecologists have found that climatic conditions no longer support the growth and development of a fully functional redwood forest. These forests will never recover, never grow back. We can grow redwood plantations, but never again will the world see a fully regenerated redwood forest. Thousands of years of Creation’s care, wiped out in moments. It hurts too much to bear. What a world we are leaving for our children.

And yet: this young forest, now, is growing. There is so much green life here: giant ferns, salal, huckleberries, pitcher plants, skunk cabbage, giant fungus, redwoods, spruces, maples; all connected, all growing, dying, decaying, growing, in the endless cycle of life. When it has just rained and the sun breaks through, light comes in slanting shafts through the trees and illuminates vapor rising from the ferns and moss. It is as if life has just begun anew, Creation just set in motion. The salmon smolts released into the stream by young students a few years ago have begun returning to spawn.

This little bit of hope will have to be enough; it is all we have.